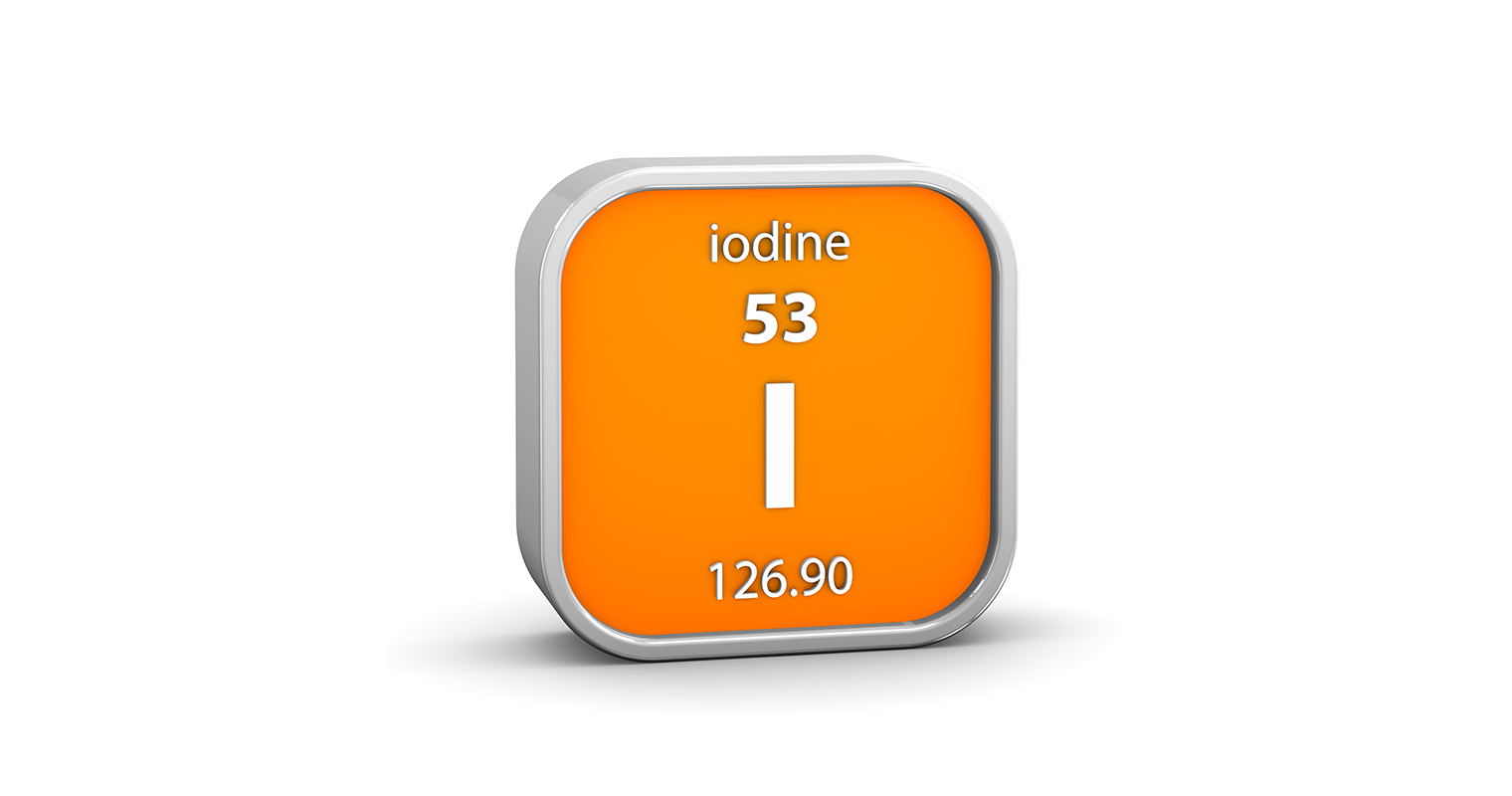 The US recommended dietary allowance (RDA) for iodine is 150-290 micrograms a day for adults, although The Institute of Medicine has declared 1,100 mcg tolerable. (1)

Many experts agree that these guidelines are inadequate in addressing certain health conditions. The US RDA of iodine was simply established to prevent goiter and cretinism. Optimal daily doses of iodine for overall health have been found to be around 3,000-6,000 mcg with no negative side effects. To put these doses in perspective the average Japanese adult consumes 5,280 to 13,800mcg of iodine a day with no negative effects and a plethora of benefits. (2) Japanese women who consume a traditional high-seaweed diet also have a low incidence of benign and malignant breast disease. (3) The Japanese also have a lower incidences of iodine-deficiency, goiters, autoimmune thyroiditis, and breast disease. (4)

Thankfully, iodine therapy pioneers such as Dr. David Brownstein, Dr. Guy Abrahams, and Dr. Jorge Flechas have experimented and documented their successful medical uses of iodine supplementation. Today we will share some of their research to help guide the proper dosage for such health concern.

At Biowarrior, we generally suggest 1-3 drops of Thyroid Warrior twice daily. One drop of Thyroid Warrior contains 350mcg of iodine. Six drops a day of our electromagnetic nascent iodine would equate to 2.1 milligrams, but this may not be enough for the particular health issue you are trying to overcome. “The collective experience of a large number of clinicians over the last century has resulted in the recommended daily amount of 12-37 mg of elemental iodine a day.” - Dr. Abraham (5)

Note: As a nutritional company we value education and awareness, but we cannot give personal medical advice nor prescribe a dosage. We would highly recommend you seek professional care with a licensed health care provider like a medical doctor, naturopathic doctor or chiropractor. Iodine: Why You Need It

We would like to start off with a few quotes from Dr. David Brownstein’s book, “Iodine, Why You Need It, Why You Can’t Live Without It.”

"With Iodine Supplementation, hypothyroid and autoimmune thyroid symptoms improve.  Cancer therapies are more effective when iodine deficiency is rectified.  Most importantly, people feel better when the body is given the proper form and amounts of iodine." - Dr. David Brownstein

"Iodine is not only necessary for the production of thyroid hormone, it is also responsible for the production of all of the other hormones of the body.  Adequate iodine levels are necessary for proper immune system function.  Iodine contains potent antibacterial, anti-parasitic, antiviral and anticancer properties.  Iodine is also effective for treating fibrocystic breasts and ovarian cysts". - Dr. David Brownstein

"Some of the conditions that would benefit from adequate iodine supplementation are and are not limited to:  ADD, Atherosclerosis, Breast Diseases, Excess Mucus Production, Fatigue, Fibrocystic Breasts, Hemorrhoids, Headaches and Migraines, Hypertension, Infections, Liver Diseases, Ovarian Disease, Parotid Duct Stones, Prostate Disorders, Thyroid Disorders, Vaginal Infections and much more." - "Iodine, Why You Need It, Why You Can't Live Without It."

Without adequate iodine, the thyroid progressively enlarges (develops a goiter) as it tries to keep up with demand for thyroid hormone production. Worldwide, iodine deficiency is the most common cause of thyroid enlargement and goiter. Eventually, within a goiter, nodules can develop. (6)

The 1995, 19th Edition of Remington’s Science and Practice of Pharmacy recommends 12.5mg of iodine a day to address iodine deficiency and simple goiter. (7)

Contrary to modern day belief iodine supplementation was once used to treat Grave’s Disease. A publication from 1930, quoted several authors in the late 1800s and early 1900s who used a potassium iodide solution alone successfully in Graves’ disease, with complete remission of the disease, eliminating the need for surgery. (8) The daily amount of potassium iodide solution used in Graves’ disease ranged from 6.25 mg to 180 mg a day. (9,10) 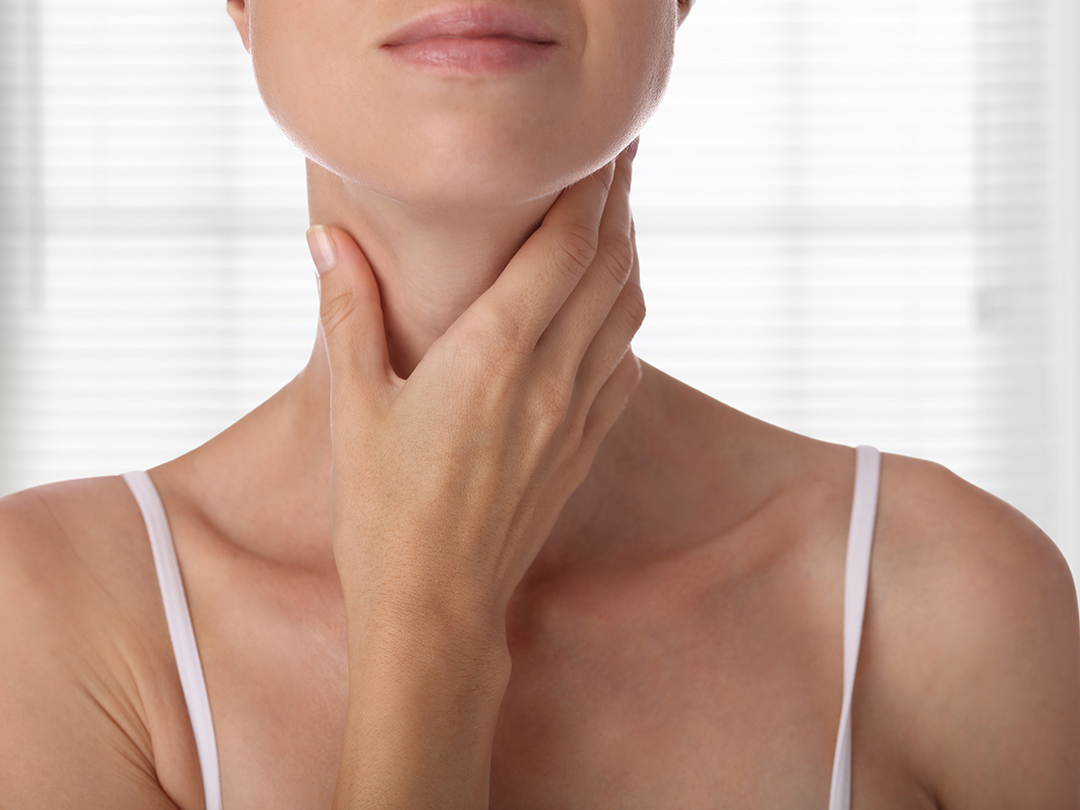 Studies show that thyroid nodules are four times more common in women than men and their frequency increases with age and low iodine intake. (11) More research confirms autonomous thyroid nodules gradually disappear from the population after iodine deficiency has been properly corrected. (12) Evidence concludes Nodules develop more often in people who have a family history of nodules, and in people who don’t get enough iodine. (13) Dr. David Brownstein quotes, "As I started to use larger doses of iodine (12.5-50mg/day), I began to see positive results in my patients. Goiters and nodules of the thyroid shrank. Cysts on the ovaries became smaller and began to disappear. Patients reported increased energy. Metabolism was increased as evidenced by my patients having new success in losing weight. Libido improved in men and women. People suffering with brain fog reported a clearing of their foggy feelings. Patients reported having vivid dreams and better sleep. Most importantly, those with chronic illnesses that were having a difficult time improving began to notice many of their symptoms resolving." (14)

Through Dr. Flechas research, he has found that 50mg of iodine over the course of one year was effective at significantly dropping the patient’s mean score as well as dissolving breast pain and tenderness. After the absence of pathological symptoms and finding of Fibrocystic Breast Disease they dropped the patients down to 12-25mg of iodine a day and continued indefinitely. (17)

Polycystic ovary syndrome (PCOS) is a hormonal disorder common among women of reproductive age. Women with PCOS may have irregular menstrual periods, excess male hormone (androgen) levels, or polycystic ovaries. (18) Regarding iodine and PCOS, Dr. Flechas says, “Iodine deficiency may cause the ovaries to develop cysts, nodules and scar tissue. At its worse this ovarian pathology is very similar to that of polycystic ovarian syndrome (PCOS). As of the writing of this article I have five PCOS patients. The patients have successfully been brought under control with the use of 50 mg of iodine per day. Control with these patients meaning cysts are gone, periods every 28 days and type 2 diabetes mellitus under control.” (19)

Although each person’s response to supplemental iodine therapy may vary the majority feel more energized, have more mental clarity, better mood, sleep better, and have a more active metabolism.

Whatever dose you and your healthcare provider agree on start slow (one drop) and work your way up. Although severe detox symptoms are not the majority, some people may have negative side effects when first starting an iodine protocol. Iodine helps to kill pathogenic (“bad”) bacteria and yeasts in your system and because of this, it is advisable to start with a small dose of the iodine and to gradually increase in order to avoid a “detox” reaction.

Detox reactions occur when these bad germs die suddenly and are released into the blood stream causing such symptoms as headache, fatigue and nausea. If you get a detox reaction, all you will need to do is to stop the iodine for one day and to increase your water intake for a day or two, then resume the iodine at a smaller dose for a few days before increasing it again.

TAKE BACK YOUR HEALTH AND YOUR LIFE!

For all general inquiries, email us at: info@biowarriornutrition.com